You are Here: Home › Kenya Restaurants and Cuisines › Mamboz Restaurant

Don't be fooled by the street food ambiance,Mamboz Restaurant is too good.

Mamboz is a great little nyama choma and then some. Situated on the corner of Libya street, you can sit back in your plastic chair in the warm twilight and watch the passers by.

Go for the prawns or try the classic pili pili chicken with rice.

All dishes come with an array of sauces, from chilli to mango (that's definitely the "and then some").

Bear in mind this restaurant is strictly no alcohol, go elsewhere for that, but definitely go here once and do it early because you'll be back.

Only draw back is that you dont pay your bill on your table or to the waiter who served you and have to pay at the counter,which sometimes is combersome as a que gathers for making payments and considering the same outlet is where the ordered food is brought out,it becomes messy....

Come here for the outdoor atmosphere of street food at night, when Dar's terrible traffic has died down and the city is pretty deserted.

Fresh food in very tasty marinades is grilled in front of you on open braziers.

Although food seems to be cooked to order, in fact large quantities are being grilled simultaneously.

Strangely, the degree of doneness/succulence varies significantly, which belies the apparently vigilant ministrations of the cooks.

Locals say it is the best of its kind in Dar. The tastiest meat mishikaki (kebabs) I ate in Tanzania were cooked on the street in Singida...

Other Restaurants in this Area 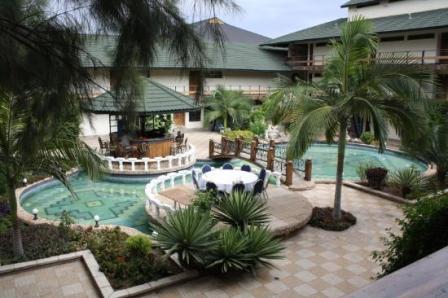