Kenya Energy Sector is less developed , this means more chances of setting up a business with high profits. Kenya’s energy policy emphasizes the need for sustainable energy supplies in adequate quantities at effective costs, so as to achieve national development goals.

The policy also emphasizes delivery of quality energy services so as to ensure that Kenya will continue to attract investments in those economic activities of which energy inputs are basic to production at competitive prices.

The country is dependent mainly on three forms of energy namely: petroleum, electricity and wood-fuel. To a lesser extent wind, solar and biogas are used as alternative energy sources.

Supply of electricity rose by 4.1 percent in the first seven months of 2006 from 3,149.5 million kilowatt hours (KWH) in a similar period last year.

Consumption of electricity grew by 4.9 percent to 2,682.1 million KWH during the period in line with the increase in economic activity.

Completion of Sondu-Miriu project towards the end of 2007 is expected to add about 60.0 million kilowatt hours (KWH) to the national grid system.

A breakdown of electricity supply by source shows that Hydro-power, Geo-thermal and Thermal generation increased by 1.0 percent, negative 1.1 percent and 14.7 percent, respectively in the January to July 2006 period.

The respective shares in the total electricity supply were 53.2 percent, 18.3 percent and 28.5 percent for hydropower, geo-thermal and thermal generation. 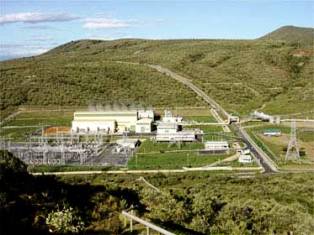