They include a range of buds, bark, twigs, fruit, fungus and roots in their diet. They have excellent hearing and sense of smell but while they have very large eyes, their eyesight is only moderate for stationary items (it is, however, very good for moving objects).

They spend long periods lying flat in their forms which are depressions in the ground, often beneath a bush. They are solitary animals but are not overly territorial and they will tolerate other animals of the same species in their locality. 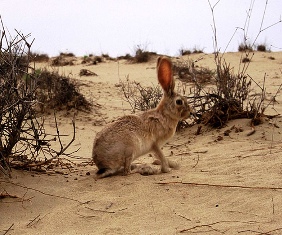