You are Here: Home › All Hotels › Dodoma Tanzania Hotels

Let us take you to Dodoma and its Hotels and Lodges in Tanzania. It is in theory the capital of Tanzania . It is where the parliament (Bunge) meets but the cabinet ministers spend most of their time in Dar es Salaam and that is also where most governmental offices are to be found.

Dodoma cannot be reached by regular air flights and it is only now getting a university.

This is, however, growing extremely fast and is planned for 40,000 students.

To move the capital to Dodoma was decided already during the times of Nyerere in the 1970s, as Dar es Salaam was considered too peripheral geographically. Dodoma has little to offer the visitor.

The historically interested may want to visit the railway hotel and the railway station which is an important hub along the Central Railway built by the Germans before World War I along the old caravan route.

In Dodoma the railway crosses the Great North Highway, part of the road system that the British planned from Cape Town to Cairo. However, the road is in poor condition.

Other Cities and Towns in Tanzania 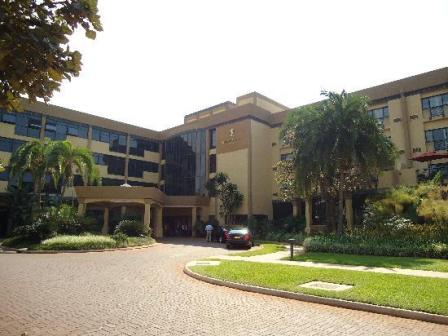